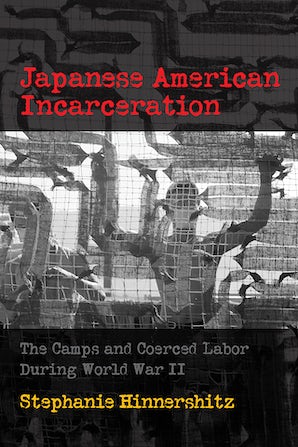 The Camps and Coerced Labor during World War II

Following Franklin Roosevelt's 1942 Executive Order 9066, which called for the exclusion of potentially dangerous groups from military zones along the West Coast, the federal government placed Japanese Americans in makeshift prisons throughout the country. In addition to working on day-to-day operations of the camps, Japanese Americans were coerced into harvesting crops, digging irrigation ditches, paving roads, and building barracks for little to no compensation and often at the behest of privately run businesses—all in the name of national security.

How did the U.S. government use incarceration to address labor demands during World War II, and how did imprisoned Japanese Americans respond to the stripping of not only their civil rights, but their labor rights as well? Using a variety of archives and collected oral histories, Japanese American Incarceration uncovers the startling answers to these questions. Stephanie Hinnershitz's timely study connects the government's exploitation of imprisoned Japanese Americans to the history of prison labor in the United States.

Introduction
Chapter 1. The Economics of Incarceration and the Blueprint for Japanese American Labor
Chapter 2. "What Good Was My Contract?" From Free to Convict Laborers
Chapter 3. "Worse Than Prisoners": Labor Resistance in the Detention Centers and Prison Camps
Chapter 4. A Prison by Any Other Name: Labor and the Poston "Colony"
Chapter 5. Redemptive Labor: Japanese American Resettlement
Conclusion
Notes
Selected Bibliography
Index
Acknowledgments