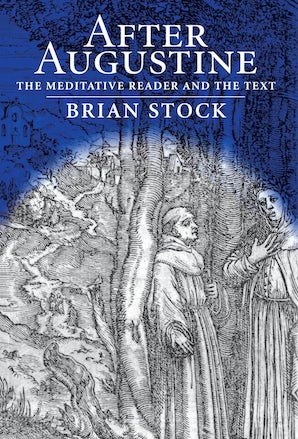 The Meditative Reader and the Text

Augustine of Hippo was the most prolific and influential writer on reading between antiquity and the Renaissance, though he left no systematic treatise on the subject. His reluctance to synthesize his views on other important themes such as the sacraments suggests that he would have been skeptical of any attempt to bring his statements on reading into a formal theory. Yet Augustine has remained the point of reference to which all later writers invariably return in their search for the roots of problems concerning reading and interpretation in the West.

Using Augustine as the touchstone, Brian Stock considers the evolution of the meditative reader within Western reading practices from classical times to the Renaissance. He looks to the problem of self-knowledge in the reading culture of late antiquity; engages the related question of ethical values and literary experience in the same period; and reconsiders Erich Auerbach's interpretation of ancient literary realism.

In subsequent chapters, Stock moves forward to the Middle Ages to explore the attitude of medieval Latin authors toward the genre of autobiography as a model for self-representation and takes up the problem of reading, writing, and the self in Petrarch. He compares the role of the reader in Augustine's City of God and Thomas More's Utopia, and, in a final important move, reframes the problem of European cultural identity by shifting attention from the continuity and change in spoken language to significant shifts in the practice of spiritual, silent reading in the Middle Ages and Renaissance. A richly rewarding reflection on the history and nature of reading, After Augustine promises to be a centerpiece of discussions about the discovery of the self through literature.

"This book is an instructive and comprehensive work about Augustine's influence on history as well as on the nature of reading and the discovery of the Self through literary texts."—L&C/Book Reviews

"This recent volume by Professor Brian Stock exhibits enormous learning in its efforts to uncover the patterns of relations between reading, writing, and the search for self-understanding during the Middle Ages."—Catholic Historical Review

"The essays in this volume discuss the changing purpose of reading from late antiquity to the Renaissance. A most unusual, fascinating, and rich book, very well written, with copious scholarly notes."—Choice