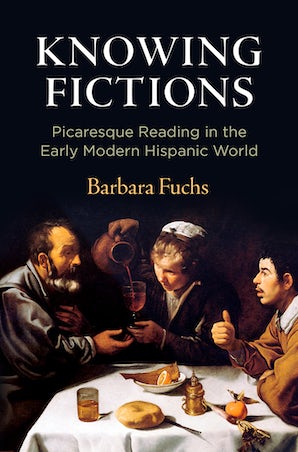 European exploration and conquest expanded exponentially in the late fifteenth and sixteenth centuries, and as the horizons of imperial experience grew more distant, strategies designed to convey the act of witnessing came to be a key source of textual authority. From the relación to the captivity narrative, the Hispanic imperial project relied heavily on the first-person authority of genres whose authenticity undergirded the ideological armature of national consolidation, expansion, and conquest. At the same time, increasing pressures for religious conformity in Spain, as across Europe, required subjects to bare themselves before external authorities in intimate confessions of their faith. Emerging from this charged context, the unreliable voice of the pícaro poses a rhetorical challenge to the authority of the witness, destabilizing the possibility of trustworthy representation precisely because of his or her intimate involvement in the narrative.

In Knowing Fictions, Barbara Fuchs seeks at once to rethink the category of the picaresque while firmly centering it once more in the early modern Hispanic world from which it emerged. Venturing beyond the traditional picaresque canon, Fuchs traces Mediterranean itineraries of diaspora, captivity, and imperial rivalry in a corpus of texts that employ picaresque conventions to contest narrative authority. By engaging the picaresque not just as a genre with more or less strictly defined boundaries, but as a set of literary strategies that interrogate the mechanisms of truth-telling itself, Fuchs shows how self-consciously fictional picaresque texts effectively encouraged readers to adopt a critical stance toward the truth claims implicit in the forms of authoritative discourse proliferating in Imperial Spain.

Postscript. The Fact of Fiction

"Those familiar with Fuchs’s previous scholarship will not be surprised that Knowing Fictions is seasoned with lucid and highly fecund arguments, but they will surely relish the penetrating and often dazzling parallels that she draws both within her objects of analysis and across texts, genres, and geographic locales. Scholars of early modern Spain will find in this study a refreshingly new take on the picaresque, while those working in other disciplines, eras, and national traditions will discover a trove of original insights to enrich their work farther afiel —value propositions that not even the most skeptical reader can deny."—Modern Language Quarterly

"Knowing Fictions makes an original, sophisticated and timely contribution to the fields of siglo de oro and early modern studies. Barbara Fuchs builds on exquisitely contextualized close readings of a series of canonical and non-canonical first-person biographical and pseudo-biographical narratives and witness accounts to advance a new theory of the picaresque as a self-conscious or 'knowing' narrative form that educates readers in the art of critical media consumption."—David Castillo, University at Buffalo