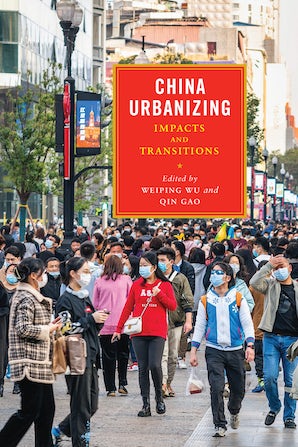 China turned majority urban only in the recent decade, a dramatic leap given that less than 20 percent of its population lived in cities before 1980. This book situates China’s urbanization in the interconnected forces of historical legacies, contemporary state interventions, and human and ecological conditions. It captures the complexity of the phenomenon of urbanization in its historical and regional variations, and explores its impact on the country’s socioeconomic welfare, environment and resources, urban form and lifestyle, and population and health. It is also a book about China, in which the contributors provide new perspectives to understand the transitions underway and the gravity of the progress, particularly in the context of demographic shifts and climate change.

The chapters in China Urbanizing, written by American and Chinese scholars, achieve three interconnected aims. The first is to explore how the process of urbanization has shaped and been influenced by the social, economic, and physical interactions that take place in and beyond cities, and the state interventions intended to regulate such interactions. The second is to examine the shifts and evolutions emerging in urban China, such as the economic slowdown, population aging and low fertility rates, and how cities interact with the environment and planet given China’s rising role in the global discourse on climate change. The third is to explore new sources of information for conducting research on urban China, such as satellite and street-level imagery data and online listings, to account for the complexity and heterogeneity that characterize contemporary Chinese urbanization.