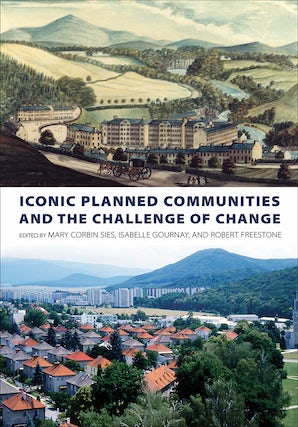 Iconic Planned Communities and the Challenge of Change

In the history of planning, the design of an entire community prior to its construction is among the oldest traditions. Iconic Planned Communities and the Challenge of Change explores the twenty-first-century fortunes of planned communities around the world. Drawing on interdisciplinary perspectives, the editors and contributors examine what happened to planned communities after their glory days had passed and they became vulnerable to pressures of growth, change, and even decline.

Beginning with Robert Owen's industrial village in Scotland and concluding with Robert Davis's neotraditional resort haven in Florida, this book documents the effort to translate optimal design into sustaining a common life that works for changing circumstances and new generations of residents. Basing their approach on historical research and practical, on-the-ground considerations, the essayists argue that preservation efforts succeed best when they build upon foundational planning principles, address landscape, architecture, and social engineering together, and respect the spirit of place.

Presenting twenty-three case studies located in six continents, each contributor considers how to preserve the spirit of the community and its key design elements, and the ways in which those elements can be adapted to contemporary circumstances and changing demographics. Iconic Planned Communities and the Challenge of Change espouses strategies to achieve critical resilience and emphasizes the vital connection between heritage preservation, equitable sharing of the benefits of living in these carefully designed places, and sustainable development.