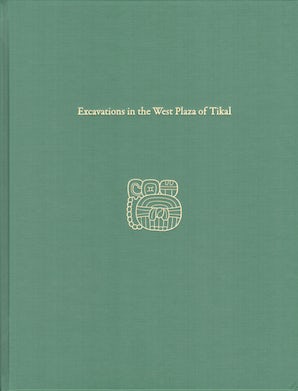 Excavations in the West Plaza of Tikal

by William A. Haviland

This volume reports on excavations carried out by Peter D. Harrison in the early 1960s in the West Plaza of the Maya center of Tikal, Guatemala. Primarily descriptive in nature, this work is an important compliment to Tikal Report No. 14: Excavations in the Great Plaza, North Terrace, and North Acropolis of Tikal, by William R. Coe. The West Plaza was originally the western portion of the Great Plaza until construction of Great Temple II separated it. Subsequently, the West Plaza took on its own identity.

This report presents data from these investigations no longer retrievable in the field and, therefore, of importance to anyone interested in the development of Tikal's epicenter.