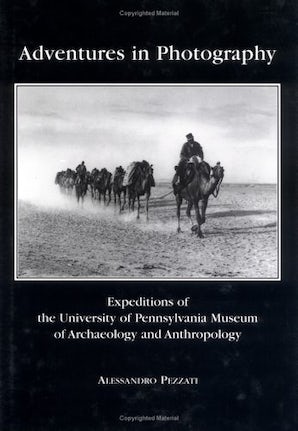 Expeditions of the University of Pennsylvania Museum of Archaeology and Anthropology

Since 1887 the University Museum has been one of the leading archaeology and anthropology museums in the world and has sponsored field research in every corner of the globe. A key outcome, from its first expedition to Nippur, in modern-day Iraq, through more than 300 expeditions in the past century, to its research in fifteen different countries today, has been a wealth of primary photographs capturing both expeditions and excavations and also images of modern peoples on every inhabited continent of our planet.

These vintage photographs, carefully selected from hundreds of thousands, range from mundane record-keeping pictures to glorious aesthetic treats, and they are in demand by international scholars and students and researchers worldwide. One of the most powerful of media to convey information about—and to advance understanding of—foreign peoples and places is photography. Soldiers, missionaries, merchants, and other travelers carried out early anthropological photography in distant lands. Field photography was extremely difficult when the Museum began its research program in the late 1880s, requiring the transport of a complete dark room and other heavy equipment. The Museum's intrepid adventurers sought scientific accuracy, with no artifice that may have obscured the realism of the image.