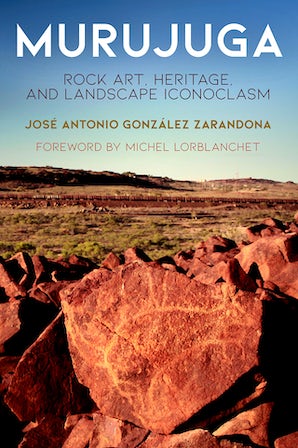 A fascinating case study of the archaeological site at Murujuga, Australia

Located in the Dampier Archipelago of Western Australia, Murujuga is the single largest archaeological site in the world. It contains an estimated one million petroglyphs, or rock art motifs, produced by the Indigenous Australians who have historically inhabited the archipelago. To date, there has been no comprehensive survey of the site's petroglyphs or those who created them. Since the 1960s, regional mining interests have caused significant damage to this site, destroying an estimated 5 to 25 percent of the petroglyphs in Murujuga. Today, Murujuga holds the unenviable status of being one of the most endangered archaeological sites in the world.

José Antonio González Zarandona provides a full postcolonial analysis of Murujuga as well as a geographic and archaeological overview of the site, its ethnohistory, and its considerable significance to Indigenous groups, before examining the colonial mistreatment of Murujuga from the seventeenth century to the present. Drawing on a range of postcolonial perspectives, Zarandona reads the assaults on the rock art of Murujuga as instances of what he terms "landscape iconoclasm": the destruction of art and landscapes central to group identity in pursuit of ideological, political, and economic dominance. Viewed through the lens of landscape iconoclasm, the destruction of Murujuga can be understood as not only the result of economic pressures but also as a means of reinforcing—through neglect, abandonment, fragmentation, and even certain practices of heritage preservation—the colonial legacy in Western Australia. Murujuga provides a case study through which to examine, and begin to reject, archaeology's global entanglement with colonial intervention and the politics of heritage preservation.

PART II. FROM THE COLONIAL GAZE TO THE ACADEMIC APPRECIATION OF ROCK ART
Chapter 3. The Colonial Gaze
Chapter 4. Rude Aesthetics
Chapter 5. The Colonization of the Landscape

PART III. ICONOCLASM, LANDSCAPE, AND HERITAGE
Chapter 6. The Destruction of Landscape in Murujuga
Chapter 7. The Making of Heritage

"It is hoped that this scholarly and extremely detailed publication will assist in providing the necessary research impetus and evidence to demand a review of the existing legislative framework of the WA Aboriginal Heritage Act 1972 and its administrative processes . . . Hopefully the book can assist in preventing future landscape iconoclasm and be used as a scholarly reference and factual record of this significant but under protected part of our important cultural heritage of international significance. It is an outstanding contribution to our understanding of the importance of this remote area of Australia, and a passionate plea for more effective strategies to conserve and protect its significant heritage values."—Historic Environment

"In this outstanding book, José Antonio González Zarandona argues persuasively that the categorization of Murujuga art as 'heritage' has marginalized contemporary Aboriginal perspectives and that the damage done to rock art imagery, sites, and landscapes adversely impacts indigenous well-being. This harsh critique is an impassioned call for the development of new strategies to conserve culturally significant places across Australia and the world."—Paul S.C. Taçon, Griffith University, Queensland, Australia