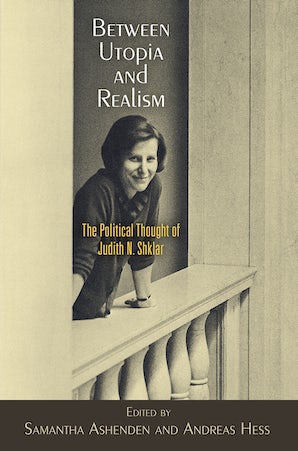 Between Utopia and Realism

From her position at Harvard University's Department of Government for over thirty-five years, Judith Shklar (1928-92) taught a long list of prominent political theorists and published prolifically in the domains of modern and American political thought. She was a highly original theorist of liberalism, possessing a broad and deep knowledge of intellectual history, which informed her writing in interesting and unusual ways. Her work emerged between the "end of ideology" discussions of the 1950s and the "end of history" debate of the early 1990s. Shklar contributed significantly to social and political thought by arguing for a new, more skeptical version of liberalism that brought political theory into close contact with real-life experience.

The essays collected in Between Utopia and Realism reflect on and refract Shklar's major preoccupations throughout a lifetime of thinking and demonstrate the ways in which her work illuminates contemporary debates across political theory, international relations, and law. Contributors address Shklar's critique of Cold War liberalism, interpretation of Montaigne and its connection to her genealogy of liberal morals, lectures on political obligation, focus on cruelty, and her late reflections on exile. Others consider her role as a legal theorist, her interest in literary tropes and psychological experience, and her famed skepticism.

Between Utopia and Realism showcases Shklar's approach to addressing the intractable problems of social life. Her finely honed political skepticism emphasized the importance of diagnosing problems over proffering excessively optimistic solutions. As this collection makes clear, her thought continues to be useful in addressing cruelty, limiting injustice, and combating the cynicism of the present moment.

""Between Utopia and Relaism engages the entirety of Shklar's nearly four decades of academic writing . . . It is an excellent study of the full array of her interests and of how the theoretical frameworks she developed can be deployed to further our own theorizing on a wide range of the Twenty-First Century's most pressing concerns.""—Contemporary Political Theory

"Between Utopia and Realism provides fresh insight into Judith Shklar's enduring relevance for various fields-from political thought to legal theory to human rights. It is an instant classic that will reshape the reception of Shklar in history, politics, philosophy, and literature for years to come."—Eileen Hunt Botting, University of Notre Dame