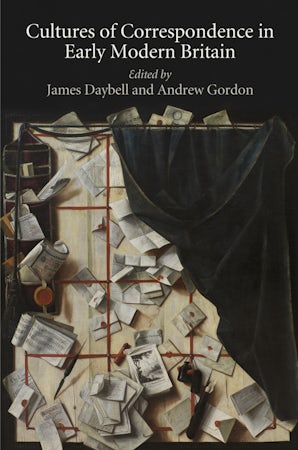 The letter is a powerfully evocative form that has gained in resonance as the habits of personal letter writing have declined in a digital age. But faith in the letter as evidence of the intimate thoughts of individuals underplays the sophisticated ways letters functioned in the past. In Cultures of Correspondence in Early Modern Britain leading scholars approach the letter from a variety of disciplinary perspectives to uncover the habits, forms, and secrets of letter writing. Where material features of the letter have often been ignored by past generations fixated on the text alone, contributors to this volume examine how such elements as handwriting, seals, ink, and the arrangement of words on the manuscript page were significant carriers of meaning alongside epistolary rhetorics. The chapters here also explore the travels of the letter, uncovering the many means through which correspondence reached a reader and the ways in which the delivery of letters preoccupied contemporaries. At the same time, they reveal how other practices, such as the use of cipher and the designs of forgery, threatened to subvert the surveillance and reading of letters.

The anxiety of early modern letter writers over the vulnerability of correspondence is testament to the deep dependence of the culture on the letter. Beyond the letter as a material object, Cultures of Correspondence sheds light on textual habits. Individual chapters study the language of letter writers to reveal that what appears to be a personal and unvarnished expression of the writer's thought is in fact a deliberate, skillful exercise in managing the conventions and expectations of the form. If letters were a prominent and ingrained part of the cultural life of the early modern period, they also enjoyed textual and archival afterlives whose stories are rarely told. Too often studied only in the case of figures already celebrated for their historical or literary significance, the letter in Cultures of Correspondence emerges as the most vital and wide-ranging material, textual form of the early modern period.

"Cultures of Correspondence in Early Modern Britain is a collection of eleven essays edited by James Daybell and Andrew Gordon, two acknowledged authorities in this lively and fast-growing field . . . .Where this collection really distinguishes itself is in the section on the afterlives of letters. Here, the textual problems raised by the archiving and preservation of letters are thought-provoking and important."—Times Literary Supplement

"Cultures of Correspondence in Early Modern Britain overturns the notion that letters are private, unmediated sources of the writer's thoughts and instead reveals and delights in the literary, artful qualities of letters and the cultures of collaboration and rewriting that produced them. By attending to what the editors call the social materiality of letter writing-the physical features of the text; the social and cultural practices of epistolary culture; and the material contexts in which letters were produced-this collection provides a rich sociology of early modern letter writing that will interest and provoke anyone working in early modern studies."—Adam Smyth, University of Oxford