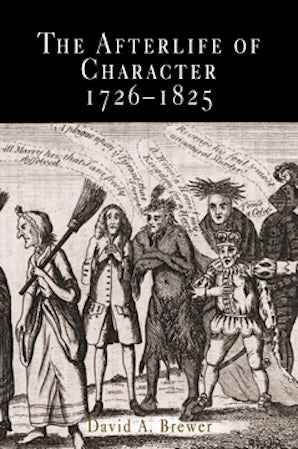 by David A. Brewer

The Afterlife of Character, 1726-1825 reconstructs how eighteenth-century British readers invented further adventures for beloved characters, including Gulliver, Falstaff, Pamela, and Tristram Shandy. Far from being close-ended and self-contained, the novels and plays in which these characters first appeared were treated by many as merely a starting point, a collective reference perpetually inviting augmentation through an astonishing wealth of unauthorized sequels. Characters became an inexhaustible form of common property, despite their patent authorship. Readers endowed them with value, knowing all the while that others were doing the same and so were collectively forging a new mode of virtual community.

By tracing these practices, David A. Brewer shows how the literary canon emerged as much "from below" as out of any of the institutions that have been credited with their invention. Indeed, he reveals the astonishing degree to which authors had to cajole readers into granting them authority over their own creations, authority that seems self-evident to a modern audience.

In its innovative methodology and its unprecedented attention to the productive interplay between the audience, the book as a material artifact, and the text as an immaterial entity, The Afterlife of Character, 1726-1825 offers a compelling new approach to eighteenth-century studies, the history of the book, and the very idea of character itself.

Cottagers upon the Textual Commons, An Introduction

"This richly textured study grounds the formal interpretation of literary works in the social analysis of reading communities. . . . The space that it carves out between social theory and linguistic analysis will provide a methodological model even to those critics working on other times and places."—Leah Price, Harvard University

"Scholarly and readable, Brewer's discussion of reader response and augmentation is not only interesting but also surprisingly illuminating. . . . Highly recommended."—Choice

"An important book which imaginatively expands . . . our understanding of eighteenth-century literature."—MLR

"Expertly argued and ultimately convincing. . . . The unique focus and approach will make it of interest to specialists of eighteenth-century literature, the British novel, and narrative theory more generally."—Studies in the Novel