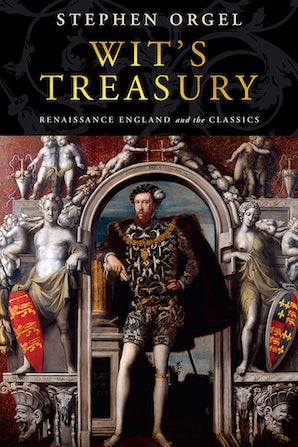 Renaissance England and the Classics

As England entered the Renaissance and as humanism, with its focus on classical literature and philosophy, informed the educational system, English intellectuals engaged in a concerted effort to remake the culture, language, manners—indeed, the whole national style—through adapting the classics. But how could English literature, art, and culture, become "classical," not only in imitating the ancients, but in the sense subsequently applied to music: "classical" as opposed to popular, as formal, serious, and therefore as good?

For several decades in the sixteenth and early seventeenth centuries, Stephen Orgel writes, the return to the classics held out the promise of refinement and civility. Poetry was to be modeled on Greek and Roman examples rather than on the great English medieval works, which though admirable, lacked "correctness." More than poetry was at stake, however, and the transition would not be easy. Classical rules seemed the wave of the future, rescuing England from what was seen as the crudeness and the sheer popularity of its native traditions, but advocacy was tempered with a good deal of ambivalence: classical manners and morals were often at variance with Christian principles, and the classicism of the age would need to be deeply revisionist. "Christian humanism" was never untroubled, Orgel writes, always an unstable or even paradoxical amalgam.

In Wit's Treasury, one of our foremost interpreters of Renaissance literature and culture charts how this ambivalence yielded the rich creative tension out of which emerged an unprecedented flowering of drama, lyric, and the arts. Orgel has here written a book that will appeal to anyone interested in English Renaissance art and literature, and particularly in the cultural ferment that produced Shakespeare, Marlowe, Spenser, Jonson, and Milton.

"Reading a book by Stephen Orgel is always an intellectual pleasure. His clear, intelligent, and acute writing leads the reader through the reconstruction of a past literary and cultural tradition, by showing how seemingly small events can have a remarkable meaning when compared with, or set in relation to, a larger panorama...In Wit’s Treasury Orgel exquisitely show[s] the complexity of creating a cultural identity and of becoming 'classics.'"—SKENÈ Journal of Theatre and Drama Studies

Stephen Orgel’s Wit’s Treasury advances a concise and compelling exploration of how early modern writers, artists, and printers employed ancient exempla to self-authorize early English work products...Orgel does much to make 'the classics' accessible by demonumentalizing them, by exposing their essential malleability, and by reiterating that 'nothing in the past is safely in the past, and the dark side of how productive classical models were was how dangerously pertinent—how alive—they could
also be.' Overall, Wit’s Treasury convincingly demonstrates that they still can be.

"Steven Orgel offers a unique, engaged exploration of classical influences on the written and visual arts in the early modern period...This study is brief, yet comprehensive, [and] offers well-chosen, detailed examples, and his book is a valuable contribution for scholars of early modern literature."—Choice

"There are many other books on aspects of sixteenth-century classicism in the arts, literature, education, and the sciences, but none with the combination of erudition, direct engagement with visual and textual material, brevity, and accessibility that Stephen Orgel brings to Wit's Treasury. Orgel is a scholar of unique standing in his field. This is a book to be welcomed wherever Renaissance literature is taught and enjoyed."—Greg Walker, University of Edinburgh