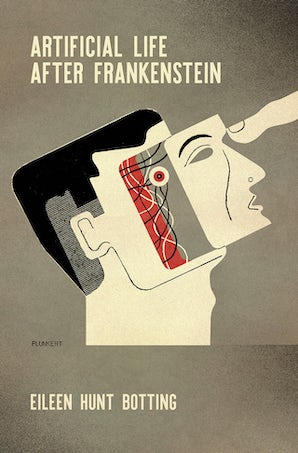 Artificial Life After Frankenstein brings the insights born of Mary Shelley's legacy to bear upon the ethics and politics of making artificial life and intelligence in the twenty-first century.

What are the obligations of humanity to the artificial creatures we make? And what are the corresponding rights of those creatures, whether they are learning machines or genetically modified organisms? In seeking ways to respond to these questions, so vital for our age of genetic engineering and artificial intelligence, we would do well to turn to the capacious mind and imaginative genius of Mary Wollstonecraft Shelley (1797-1851). Shelley's novels Frankenstein; or, The Modern Prometheus (1818) and The Last Man (1826) precipitated a modern political strain of science fiction concerned with the ethical dilemmas that arise when we make artificial life—and make life artificial—through science, technology, and other forms of cultural change.

In Artificial Life After Frankenstein, Eileen Hunt Botting puts Shelley and several classics of modern political science fiction into dialogue with contemporary political science and philosophy, in order to challenge some of the apocalyptic fears at the fore of twenty-first-century political thought on AI and genetic engineering. Focusing on the prevailing myths that artificial forms of life will end the world, destroy nature, and extinguish love, Botting shows how Shelley modeled ways to break down and transform the meanings of apocalypse, nature, and love in the face of widespread and deep-seated fear about the power of technology and artifice to undermine the possibility of humanity, community, and life itself.

Through their explorations of these themes, Mary Shelley and authors of modern political science fiction from H. G. Wells to Nnedi Okorafor have paved the way for a techno-political philosophy of living with the artifice of humanity in all of its complexity. In Artificial Life After Frankenstein, Botting brings the insights born of Shelley's legacy to bear upon the ethics and politics of making artificial life and intelligence in the twenty-first century.

Preface. Learning to Love the Bomb

Coda. A Vindication of the Rights and Duties of Artificial Creatures

"Addressing Shelley's novel and the ethics of current artificial intelligence technology, Eileen Hunt Botting poses provocative questions in Artificial Life After 'Frankenstein' about the rights of the man-made robots that now can match humanity in many things but not-so far-consciousness. . . . Botting alerts readers to the novel's lessons for an age in which robots-the insensate descendants of Victor Frankenstein's painstakingly assembled Creature-occupy an increasingly significant social position . . . Against the mindless drive for technological progress, Botting attempts to sum up the most important moral lesson that Shelley learned from her mother's work: 'The value of taking a generous and fearless attitude of love toward the whole world' . . . [I]t may well be that the next cyber revolution will prove one of emergent moral choice, and-as Botting's absorbing book leads us to appreciate-of ethical responsibility both to and by the increasingly sophisticated machines that humankind has begun to create."—The New York Review of Books

"Botting offers a thoughtful study of modern ethical issues concerning technology in the context of Mary Shelley's novels Frankenstein and The Last Man . . . Botting's literary study succeeds as an impressive and resounding challenge to technology-driven doomsday scenarios, replacing these with a vision of a gentler, kinder future in which humankind preserves both its existence and its best, most humane qualities."—Publishers Weekly

"In this learned examination of Shelley's tragic life and her two novels, Botting focuses not on the science but on the ethical and political issues raised by Shelley's books..Botting's use of references to literature (Brave New World), film (Blade Runner, Gattaca), and television (Westworld) makes for an appealing and engaging discussion. In sum, this is a thought-provoking analysis of 'technological hubris' and the necessity of coupling clear purpose, responsibility, and humanity to the awesome ability of constructing artificial life."—Booklist

Artificial Life After Frankenstein conducts a rich and refreshing examination of Mary Shelley’s classic texts, by contextualizing them in a contemporary framework. Observing the numerous issues across both novels that are
arguably more relevant to present-day society emphasizes not only the longevity of Shelley’s writing, but also the creativity with which Botting has revised these issues in order to apply them to modern political science fiction and the rise of artificialintelligence.

"In this passionate, ingenious, and wide-ranging book, Eileen Hunt Botting argues that the tradition of political science fiction descending from Mary Shelley contains rich resources for our own anxious time. Far from signalling the end of humanity, the corruption of nature, or the death of love, these fictions reveal new sources of hope and imaginative energy. They challenge us to care for one another-and the other artificial creatures who may come to inhabit our world-in the knowledge that we are all misshapen by circumstances beyond our control, and yet capable of love."—Martha C. Nussbaum, The University of Chicago

"Eileen Hunt Botting's intellectually adventurous and wide-ranging book offers an engrossing interpretation of Shelley's creation as an early form of AI. Her discussion is rooted in Shelley's well documented interest in the concept of a superintelligence that can out-think, out-pace and outwit its maker; her well-argued analogy to the programmed robots of today is both convincing and compelling. Artificial Life After Frankenstein is unusually rich in its exploration of the literary impact of Shelley's creature, and Botting is to be thanked for her interpretation of one of literature's most rewarding metaphors as a warning to a world increasingly dependent upon the artificial intelligence that we create."—Miranda Seymour, author of In Byron's Wake: The Turbulent Lives of Lord Byron's Wife and Daughter: Annabella Milbanke and Ada Lovelace

"Artificial Life After Frankenstein has a clear and powerful message: we are all artificial creatures, and we all deserve respect, even love. Using Mary Shelley's life and her two novels, Frankenstein and The Last Man, as touchstones throughout, Botting explores what she identifies as the three big myths about artificial intelligence: that it will end the world, destroy nature, and extinguish love."—Lori Marso, author of Politics with Beauvoir: Freedom in the Encounter

"This is an original and compelling book. Eileen Hunt Botting offers a wonderfully rich account of Mary Shelley's philosophical vision and its implications for a range of pressing contemporary debates about the meaning of life. Theoretically acute, historically revealing, and beautifully written, Artificial Life After Frankenstein will be of interest to scholars across a range of disciplines."—Duncan Bell, author of Reordering the World: Essays on Liberalism and Empire