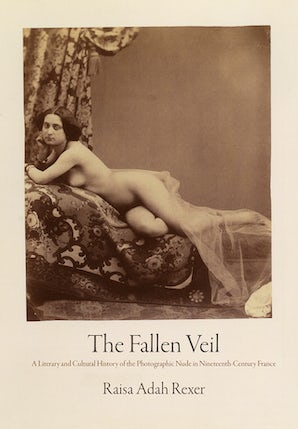 Between 1839 and the end of the nineteenth century, millions of nude photographs of the female form—artistic, pornographic, and everything in-between—were produced in France, the birthplace of photography. Drawing upon government records, legal decisions, newspaper accounts, and contemporary literature, Raisa Rexer recounts the history of these illicit and ubiquitous images and elucidates their immense cultural and artistic reach.

Rexer focuses in particular on the ways that nude photographic imagery influenced some of the greatest authors of the period, including Charles Baudelaire, the Goncourt brothers, and Émile Zola, and sets their work against historical records and nonfiction print sources to tell the story of evolving perceptions of nude photography. In the period immediately after photography's invention, nude photographs were vitally connected to the questions of art and artistry, particularly with regard to photography's aspirations to high cultural status. By the end of the century, however, as production and sales expanded internationally and as photographs of nudes flooded the streets and shops, proliferation of these pictures was increasingly viewed as one of a host of social problems plaguing France.

Illustrated with nearly ninety period images, The Fallen Veil offers the first full treatment of the photographic nude in the nineteenth century and considers how this history continues to influence many of the same questions we ask today about art, pornography, and the relation between the two.

"Illustrated with no fewer than eighty-seven remarkable images, The Fallen Veil could almost be marketed as a coffee-table book. But that would be a waste. As conversant in literary analysis as in art history and photography, Rexer has produced a superb piece of scholarship that deserves nothing less than a cover-to-cover reading."—Dalhousie French

"Raisa Rexer makes a compelling case for the cultural significance of these peculiarly sensitive, occasionally troubling images. Sober and scholarly without ever being prudish or pious, she guides us with insight, good taste, and even humor, through a seedy world."—Andrew Counter, University of Oxford