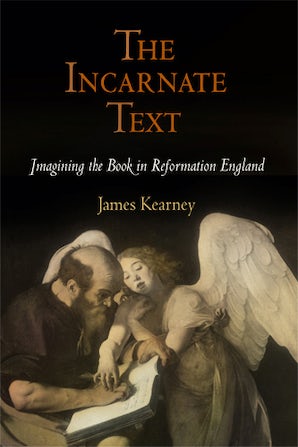 Imagining the Book in Reformation England

In the course of the Reformation, artistic representation famously came under attack. Statues were destroyed, music and theater were forbidden, and poetry was denounced, all in the name of eradicating superstition and idolatry. The iconoclastic impulse that sparked these attacks, however, proved remarkably productive, generating a profusion of theological, polemical, and literary writing from Catholics and Protestants alike.

Reformers like Luther had promised a return to the book, attacking Catholicism as a religion of images and icons. Becoming a religion of the book in the way that Reformers proposed, however, proved impossible: language is inescapably material; books are necessarily things, objects that are seen and touched. The antitheses at the heart of this opposition—word versus thing, text versus image—have had far-reaching effects on the modern world.

James Kearney engages with recent work in the history of the book and the history of religion to investigate the crisis of the book occasioned by the Reformation's simultaneous faith in text and distrust of material forms. Drawing in a wide range of topics—from humanism and hermeneutics to secularization and enlightenment, from iconoclasm and anti-Semitism to barbarism and fetishism—and looking to a range of texts—including Erasmus's Jerome, Spenser's Faerie Queene, and Shakespeare's Tempest—The Incarnate Text tells the story of how this crisis of the book helped to change the way the modern world apprehends both texts and things.

Kearney's study is a brilliant account of the book in post-Reformation England. By thinking hard and imaginatively about what books were and what books did, about how they were imagined, produced, and used, Kearney provides us with a compelling and often surprising history of a world whose defining theological, epistemological, and psychological characteristics have combined to shape our own. David Scott Kastan, Yale University

The Incarnate Text represents the best of the new eclecticism that has been characterizing much of Renaissance studies in the last ten years. Kearney draws his models from a wide array of critical practices. At core, the project is securely rooted in an old tradition of intellectual history and close reading but energized by a series of strategies drawn from cultural materialism, deconstruction, discourses of the body, and history of the book. Ritchie Kendall, University of North Carolina, Chapel Hill