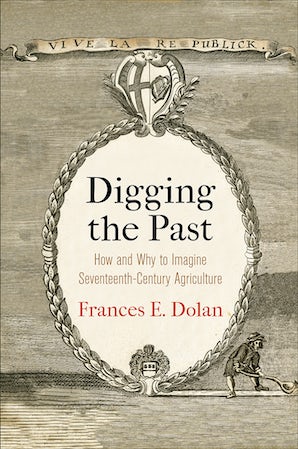 Digging the Past [traces] the ideal of agricultural improvement back to seventeenth-century England and applies the persuasive, affinal, alliterative skills of the literary scholar to revive the reputation of scientific contributions to agriculture...Dolan’s considerations illuminate the question of efficiency in ways that
are valuable, interesting, and an important contribution to today’s debates.

"Frances E. Dolan shows not only how and why seventeenth-century agriculture worked or was imagined but how and why we should concern ourselves with such historical studies in the face of pressing current issues. Her writing is memorably wry and witty, eloquent and passionate, and always marked by clarity. She makes us welcome the difficult task of thinking harder about everything from plows to manure-and not as odd or quaint digressions, but as things surprisingly central to early modern and current conceptions of culture."—Leah Knight, author of Reading Green in Early Modern England