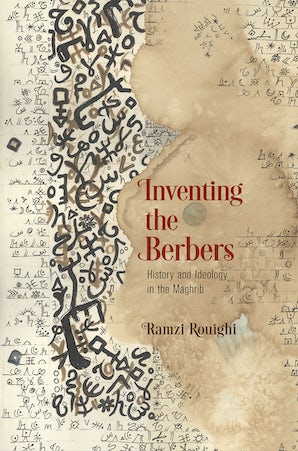 History and Ideology in the Maghrib

Before the Arabs conquered northwest Africa in the seventh century, Ramzi Rouighi asserts, there were no Berbers. There were Moors (Mauri), Mauretanians, Africans, and many tribes and tribal federations such as the Leuathae or Musulami; and before the Arabs, no one thought that these groups shared a common ancestry, culture, or language. Certainly, there were groups considered barbarians by the Romans, but "Barbarian," or its cognate, "Berber" was not an ethnonym, nor was it exclusive to North Africa. Yet today, it is common to see studies of the Christianization or Romanization of the Berbers, or of their resistance to foreign conquerors like the Carthaginians, Vandals, or Arabs. Archaeologists and linguists routinely describe proto-Berber groups and languages in even more ancient times, while biologists look for Berber DNA markers that go back thousands of years. Taking the pervasiveness of such anachronisms as a point of departure, Inventing the Berbers examines the emergence of the Berbers as a distinct category in early Arabic texts and probes the ways in which later Arabic sources, shaped by contemporary events, imagined the Berbers as a people and the Maghrib as their home.

Key both to Rouighi's understanding of the medieval phenomenon of the "berberization" of North Africa and its reverberations in the modern world is the Kitāb al-'ibar of Ibn Khaldūn (d. 1406), the third book of which purports to provide the history of the Berbers and the dynasties that ruled in the Maghrib. As translated into French in 1858, Rouighi argues, the book served to establish a racialized conception of Berber indigenousness for the French colonial powers who erected a fundamental opposition between the two groups thought to constitute the native populations of North Africa, Arabs and Berbers. Inventing the Berbers thus demonstrates the ways in which the nineteenth-century interpretation of a medieval text has not only served as the basis for modern historical scholarship but also has had an effect on colonial and postcolonial policies and communal identities throughout Europe and North Africa.

PART II. GENEOLOGY AND HOMELAND
Chapter 3. The Berber People
Chapter 4. The Maghrib and the Land of the Berbers

Ramzi Rouighi is Professor of Middle East Studies and History at the University of Southern California. He is author of The Making of a Mediterranean Emirate: Ifriqiya and Its Andalusis, 1200-1400, also available from the University of Pennsylvania Press.

"This is a highly original book that advances medieval North African studies perceptibly, and which makes a strong case for inventing, as Rouighi treats it, to be included among the standard tools of cross-cultural historical studies."—International Journal of African Historical Studies

"[A] masterly reading that is undoubtedly necessary for understanding the history of the medieval and contemporary Maghrib, as well as for its anthropologists and philologists. It involves a lesson in methodology for approaching and reflecting on written sources, but also in maturity, critical thinking, and exposition of ideas. It is an update that provides a profound analysis of the historical term. Inventing the Berbers has become perhaps the most up-todate work that has not invented the Berbers."—Comitatus

"Inventing the Berbers is an essential contribution to the history of the Maghrib, not only in the Middle Ages, but in our own time as well. It will, no doubt, be controversial, for it touches on issues of colonial historiography and ethnic definition that remain politically sensitive, especially in Algeria and Morocco. But Ramzi Rouighi's arguments are firmly grounded in the sources—and are overwhelmingly convincing."—Dominique Valérian, University of Paris 1 Panthéon-Sorbonne