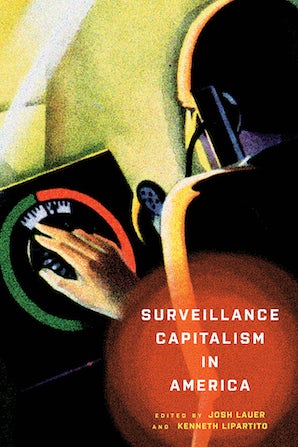 Surveillance Capitalism in America offers a crucial historical perspective on the intimate relationship between surveillance and capitalism. While surveillance is often associated with governments, today the role of the private sector in the spread of everyday surveillance is the subject of growing public debate. Tech giants like Google and Facebook are fueled by a continuous supply of user data and digital exhaust. Surveillance is not just a side effect of digital capitalism; it is the business model itself, suggesting the emergence of a new and more rapacious mode of capitalism: surveillance capitalism.

But how much has capitalism really changed? Surveillance Capitalism in America explores the historical development of commercial surveillance long before computers and suggests that surveillance has been central to American capitalism since the nation's founding. Managers surveilled labor, merchants surveilled consumers, and businesses surveilled each other. Focusing on events in the United States, the chapters in this volume examine the deep logic of modern surveillance as a mode of rationalization, bureaucratization, and social control from the early nineteenth century forward. Even more, business surveillance has often involved collaborations with the state, through favorable laws, policing, and information sharing. The history of surveillance capitalism is thus the history of technological, legal, and knowledge infrastructures built over decades.

Together, the chapters in this volume reveal the long arc of surveillance capitalism, from the violent coercion of slave labor to the seductions of target marketing.