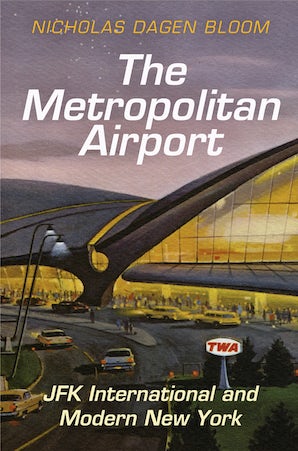 John F. Kennedy International Airport is one of New York City's most successful and influential redevelopment projects. Built and defined by outsize personalities—Mayor Fiorello La Guardia, famed urban planner Robert Moses, and Port Authority Executive Director Austin Tobin among them—JFK was fantastically expensive and unprecedented in its scale. By the late 1940s, once-polluted marshlands had become home to one of the world's busiest and most advanced airfields. Almost from the start, however, environmental activists in surrounding neighborhoods and suburbs clashed with the Port Authority. These fierce battles in the long term restricted growth and, compounded by lackluster management and planning, diminished JFK's status and reputation. Yet the airport remained a key contributor to metropolitan vitality: New Yorkers bound for adventure and business still boarded planes headed to distant corners of the globe, billions of tourists and immigrants came and went, and mammoth air cargo facilities bolstered the region's commerce.

In The Metropolitan Airport, Nicholas Dagen Bloom chronicles the untold story of JFK International's complicated and turbulent relationship with the New York City metropolitan region. In spite of its reputation for snarled traffic, epic delays, endless construction, and abrasive employees, the airport was a key player in shifting patterns of labor, transportation, and residence; the airport both encouraged and benefited from the dispersion of population and economic activity to the outer boroughs and suburbs. As Bloom shows, airports like JFK are vibrant parts of their cities and powerfully influence urban development. The Metropolitan Airport is an indispensable book for those who wish to understand the revolutionary impact of airports on the modern American city.

"The Metropolitan Airport is a valuable study of the complex history of John F. Kennedy International Airport. Filled with fascinating information on the airport and the Port Authority that built and operates it, Bloom's analysis is insightful and balanced."—Jameson W. Doig, Princeton University

"Nicholas Dagen Bloom has written the first good book on JFK International. Writing in a fluent, accessible style, he is attuned to the multiple areas of the airport's significance, from its impact on the New York regional economy to its design, environmental impact, and political status under the Port Authority of New York."—Elizabeth Blackmar, Columbia University