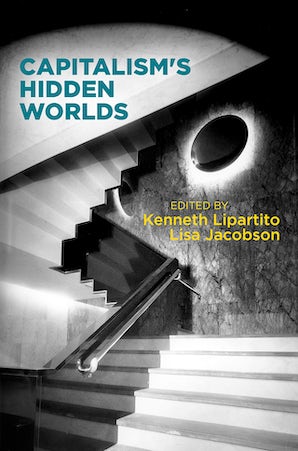 Observers see free markets, the relentless pursuit of profit, and the unremitting drive to commodify everything as capitalism's defining characteristics. These most visible economic features, however, obscure a range of other less evident, often unmeasured activities that occur on the margins and in the concealed corners of the formal economy. The range of practices in this large and diverse hidden realm encompasses traders in recycled materials and the architects of junk bonds and shadow banking. It includes the black and semi-licit markets that allow wealthy elites to avoid taxes and the unmeasured domestic and emotional labor of homemakers and home care workers. By some estimates, the unmeasured economic activity that occurs within the household, informal market, and underground economy amounts to a substantial portion of all economic activity in the world, as much as 30 percent in some countries.

Capitalism's Hidden Worlds sheds new light on this shadowy economic landscape by reexamining how we think about the market. In particular, it scrutinizes the missed connections between the official, visible realm of exchange and the uncounted and invisible sectors that border it. While some hidden markets emerged in opposition to the formal economy, much of the obscured economy described in this volume operates as the other side of the legitimate, state-sanctioned marketplace. A variety of historical actors—from fortune tellers and forgers to tax lawyers and black market consumers—have constructed this unseen world in tandem with the observable public world of transactions. Others, such as feminist development economists and government regulators, have worked to bring the darkened corners of the economy to light. The essays in Capitalism's Hidden Worlds explore how the capitalist marketplace sustains itself, how it acquires legitimacy and even prestige, and how the marginalized and the dispossessed find ways to make ends meet.

Part I. Measuring and Unveiling Markets

Chapter 2. Accounting for Reproductive Labor: Feminist Economists and the Construction of Social Knowledge on Rural Women in the Global South
Eileen Boris

Chapter 4. Jim Crow's Cut: White Supremacy and the Destruction of Black Capital in the Forests of the Deep South
Owen James Hyman

Chapter 5. In the Shadow of Incorporation: Hidden Economies of the Hispano Borderlands, 1890-1930
Bryan W. Turo

Part III. The Licit and the Illicit

Chapter 8. The Emergence of the Offshore Economy, 1914-1939
James Hollis and Christopher McKenna

"This is an insightful, thought provoking ensemble of essays that explore the hidden economic forces, agents, and practices in the 19th and 20th century....Capitalist’s Hidden World is a stimulating, insightful collection of much needed empirical studies concerning the shadow economy of the modern world. It contains a number of contributions that offer new perspectives, especially in the fields of global history and discussions on marginalized groups...[I]t is bound to make a big impact in the fields of social and economic history."—Paul Franke, Comparativ

"Capitalism's Hidden Worlds is a welcome contribution to the study of the history of capitalism. Capturing a wide range of topics-many illustrating the interpenetration of social, political, and regulatory regimes-and geography, the collection pushes the history of capitalism beyond its U.S.-centered focus."—Josh Lauer, University of New Hampshire

"In collecting essays that explore historical examples of economic activity overlooked, concealed, or misunderstood, editors Kenneth Lipartito and Lisa Jacobson encourage us to rethink our understanding of how markets have worked historically and how we conceptualize capitalism more generally."—James Taylor, Lancaster University