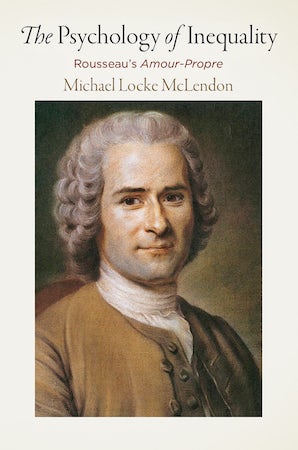 The Psychology of Inequality

In The Psychology of Inequality, Michael Locke McLendon looks to Jean-Jacques Rousseau's thought for insight into the personal and social pathologies that plague commercial and democratic societies. He emphasizes the way Rousseau appropriated and modified the notion of self-love, or amour-propre, found in Augustine and various early modern thinkers. McLendon traces the concept in Rousseau's work and reveals it to be a form of selfish vanity that mimics aspects of Homeric honor culture and, in the modern world, shapes the outlook of the wealthy and powerful as well as the underlying assumptions of meritocratic ideals.

According to McLendon, Rousseau's elucidation of amour-propre describes a desire for glory and preeminence that can be dangerously antisocial, as those who believe themselves superior derive pleasure from dominating and even harming those they consider beneath them. Drawing on Rousseau's insights, McLendon asserts that certain forms of inequality, especially those associated with classical aristocracy and modern-day meritocracy, can corrupt the mindsets and personalities of people in socially disruptive ways.

The Psychology of Inequality shows how amour-propre can be transformed into the demand for praise, whether or not one displays praiseworthy qualities, and demonstrates the ways in which this pathology continues to play a leading role in the psychology and politics of modern liberal democracies.

"Michael Locke McLendon demands that we take Rousseau's forceful criticisms of amour-propre seriously on their own terms. His insights are sharp and offer a distinct path through modern political psychology-I found myself repeatedly thinking through familiar writings in new and rewarding ways."—Matthew Maguire, DePaul University

"With its astute recovery of Rousseau's language of amour-propre, The Psychology of Inequality offers philosophers, political theorists, and historians with an interest in commercial societies and their discontents an important and neglected means of understanding and evaluating contemporary liberal democracies."—Jonathan Marks, Ursinus College