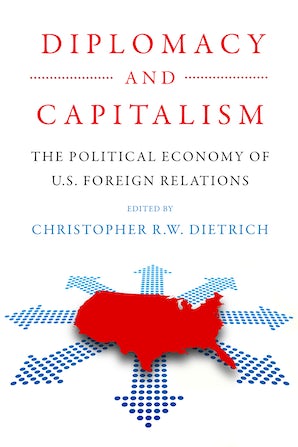 At the same time as modern capitalism became an engine of progress and a source of inequality, the United States rose to global power. Hence diplomacy and the forces of capitalism have continually evolved together and shaped each other at different levels of international, national, and local transformations. Diplomacy and Capitalism focuses on the crucial questions of wealth and power in the United States and the world in the twentieth century. Through a series of wide-ranging case studies on the history of international political economy and its array of state and non-state actors, the volume's authors analyze how material interests and foreign relations shaped each other. How did the rising and then disproportionate power of the United States and the actions of corporations, creditors, diplomats, and soldiers shape the twentieth-century world? How did officials in the United States and other nations understand the relationship between foreign investment and the state? How did people outside of the United States respond to and shape American diplomacy and political-economic policy? In detailed discussions of the exchanges and entanglements of capitalism and diplomacy, the authors answer these crucial questions. In doing so, they excavate how different combinations of material interest, geopolitical rivalry, and ideology helped create the world we live in today. The book thus analyzes competing and shared visions of international capitalism and U.S. diplomatic influence in chapters that bring the book's readers from the dawn of the twentieth century to its end, from Theodore Roosevelt to Ronald Reagan.

"African American economists in Haiti, U.S. cooperative businessmen in India, and corporate productivity boosters in Japan—Diplomacy and Capitalism follows all sorts of Americans all over the world. Just as important, it studies the foreigners who worked to tame U.S. power and bend U.S. capital to their own needs. This teachable volume enriches our understanding of U.S. empire, as well as the conflicts endemic to U.S. capitalism in the twentieth century."—Amy C. Offner, University of Pennsylvania