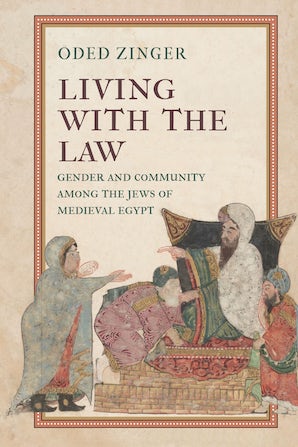 Living with the Law

Gender and Community Among the Jews of Medieval Egypt

Living with the Law explores the marital disputes of Jews in medieval Islamic Egypt (1000–1250), relating medieval gossip, marital woes, and the voices of men and women of a world long gone. Probing the rich documents of the Cairo Geniza, a unique repository of discarded paper discovered in a Cairo synagogue, the book recovers the life stories of Jewish women and men working through their marital problems at home, with their families, in the streets of old Cairo, and in Jewish and Muslim courts. Despite a voluminous literature on Jewish law, the everyday practice of Jewish courts has only recently begun to be investigated systematically. The experiences of those at a legal, social, and cultural disadvantage allow us to go beyond the image propagated by legal institutions and offer a view “from below” of Jewish communal life and Jewish law as it was lived.

Examining the interactions between gender and law in medieval Jewish communities under Islamic rule, Oded Zinger considers how women experienced Jewish courts and the pressure they faced to relinquish their monetary rights. The tactics with which women countered this pressure—ranging from exploiting family ties to appealing to Muslim courts—expose the complex relationship between individual agency, gendered expectations, and communal authority. Zinger concludes that, more than money, education, or lineage, it was the maintenance of a supportive network of social relations with men that protected women at different stages of their lives.