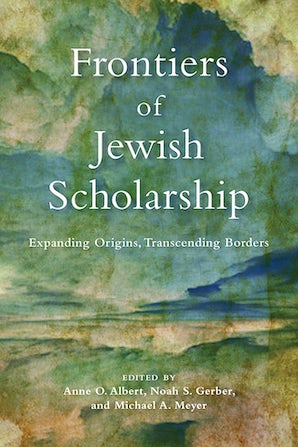 The birth of modern Jewish studies can be traced to the nineteenth-century emergence of the Wissenschaft des Judentums, a movement to promote a scholarly approach to the study of Judaism and Jewish culture. Frontiers of Jewish Scholarship offers a collection of essays examining how Wissenschaft extended beyond its original German intellectual contexts and was transformed into a diverse, global field. From the early expansion of the new scholarly approaches into Jewish publications across Europe to their translation and reinterpretation in the twentieth century, the studies included here collectively trace a path through largely neglected subject matter, newly recognized as deserving attention.

Beginning with an introduction that surveys the field's German origins, fortunes, and contexts, the volume goes on to document dimensions of the growth of Wissenschaft des Judentums elsewhere in Europe and throughout the world. Some of the contributions turn to literary and semantic issues, while others reveal the penetration of Jewish studies into new national contexts that include Hungary, Italy, and even India. Individual essays explore how the United States, along with Israel, emerged as a main center for Jewish historical scholarship and how critical Jewish scholarship began to accommodate Zionist ideology originating in Eastern Europe and eventually Marxist ideology, primarily in the Soviet Union. Finally, the focus of the volume moves on to the land of Israel, focusing on the reception of Orientalism and Jewish scholarly contacts with Yemenite and native Muslim intellectuals.

Taken together, the contributors to the volume offer new material and fresh approaches that rethink the relationship of Jewish studies to the larger enterprise of critical scholarship while highlighting its relevance to the history of humanistic inquiry worldwide.