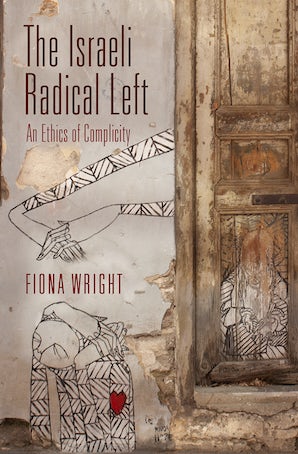 An Ethics of Complicity

In The Israeli Radical Left, Fiona Wright traces the dramatic as well as the mundane paths taken by radical Jewish Israeli leftwing activists, whose critique of the Israeli state has left them uneasily navigating an increasingly polarized public atmosphere. This activism is manifested in direct action solidarity movements, the critical stances of some Israeli human rights and humanitarian NGOs, and less well-known initiatives that promote social justice within Jewish Israel as a means of undermining the overwhelming support for militarism and nationalism that characterizes Israeli domestic politics. In chronicling these attempts at solidarity with those most injured by Israeli policy, Wright reveals dissent to be a fraught negotiation of activists' own citizenship in which they feel simultaneously repulsed and responsible.

Based on eighteen months of fieldwork, The Israeli Radical Left provides a nuanced account of various kinds of Jewish Israeli antioccupation and antiracist activism as both spaces of subversion and articulations of complicity. Wright does not level complicity as an accusation, but rather recasts the concept as an analysis of the impurity of ethical and political relations and the often uncomfortable ways in which this makes itself felt during moments of attempted solidarity. She imparts how activists persistently underline their own feelings of complicity and the impossibility of reconciling their principles with the realities of their everyday lives, despite the fact that the activism in which they engage specifically aims to challenge Jewish Israeli citizens' participation in state violence. The first full ethnographic account of the Israeli radical left, Wright's book explores the ethics and politics of Jewish Israeli activists who challenge the violence perpetrated by their state and in their name.

A Note on Language

Introduction
Chapter 1. Performing Complicity
Chapter 2. Love, Mourning, and Solidarity
Chapter 3. Infiltrators, Refugees, and Other Others
Chapter 4. The Violence of Vulnerability
Chapter 5. Exiling the Self
Conclusion

"In her fine-grained ethnography, Fiona Wright offers a compelling account of the complexities and ambivalences that attend anti-occupation activism in Israel. Beyond its mooring in Israel and Palestine, The Israeli Radical Left is a powerful examination of the ways in which anticolonial politics can become intimately entangled with the colonial logic it opposes."—Rebecca L. Stein, Duke University

"How to act politically and responsibly in an environment that requires complicity with state-sanctioned oppression as part of everyday life may be the ethical dilemma of our time. Fiona Wright takes up the challenge of addressing it and makes major contributions to the fields of political anthropology and the anthropology of ethics. Read this book; it is extraordinary."—Jarrett Zigon, author of A War on People: Drug User Politics and a New Ethics of Community

"In a world increasingly driven by the search for purity in political struggles, Wright carefully and courageously focuses on the complicity and ambiguity intrinsic to ethics and politics. Examining the Israeli Radical Left, who reject the Israeli state while simultaneously being embedded in and affectively formed by it, she explores what politics means for those who desire equality and yet benefit from the privileges of inequality. This book takes the anthropology of ethics and politics into new, important terrain, opening a space for political hope in contamination."—Miriam Ticktin, The New School

"The Israeli Radical Left is a powerful book that offers a refreshing, profound, and important intervention in the literature on the Israeli-Palestinian conflict. Fiona Wright delves with great sensitivity and a keen critical eye into the imbrication of ethics and politics and the activists' own grappling with complicity as they try (and fail and try and fail and try) to shape the contours of their uncomfortable ethical-political engagement."—Lihi Ben Shitrit, University of Georgia