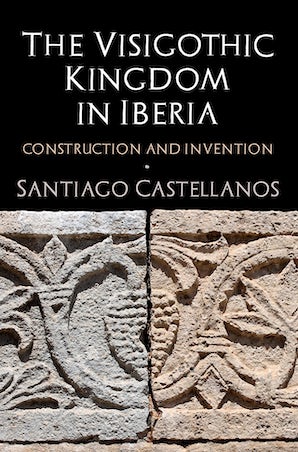 The Visigothic Kingdom in Iberia

The structures of the late ancient Visigothic kingdom of Iberia were rooted in those of Roman Hispania, Santiago Castellanos argues, but Catholic bishops subsequently produced a narrative of process and power from the episcopal point of view that became the official record and primary documentation for all later historians. The delineation of these two discrete projects—of construction and invention—form the core of The Visigothic Kingdom in Iberia.

Castellanos reads documents of the period that are little known to many Anglophone scholars, including records of church councils, sermons, and letters, and utilizes archaeological findings to determine how the political system of elites related to local communities, and how the documentation they created promoted an ideological agenda. Looking particularly at the archaeological record, he finds that rural communities in the region were complex worlds unto themselves, with clear internal social stratification little recognized by the literate elites.

Chapter 1. The Collapse of the Roman Empire in Hispania: Between the Texts and the Archaeological Revolution
Chapter 2. Political Overview: The Beginnings of the Gothic Kingdom in Iberia
Chapter 3. Structures of Power: Magnates and Dependents
Chapter 4. Negotiating and Imposing: Kings and Local Worlds
Chapter 5. Inventing a Kingdom: Projecting Messages

"[T]his volume is a valuable work in two senses: first, as a contempo-rary snapshot of the field of Visigothic Studies; second, it is the development of an interesting thesis about the ‘invention’ of the Visigothic kingdom...the book will be very useful for readers who need an introduction to the Visigothic kingdom and specialists who wish to establish a critical dialogue with Castellanos on the kingdom’s invention."—Plekos

"Santiago Castellanos is one of the most significant figures in early medieval Spanish historiography, and one of the few experts on the Visigoths with a wide enough range to be able to write such a sophisticated general study."—Chris Wickham, University of Oxford