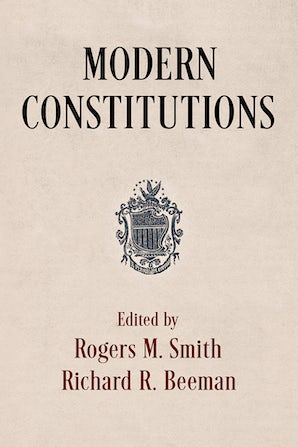 More than two millennia ago, Aristotle is said to have compiled a collection of ancient constitutions that informed his studies of politics. For Aristotle, constitutions largely distilled and described the varied and distinctive patterns of political life established over time. What constitutionalism has come to mean in the modern era, on the other hand, originates chiefly in the late eighteenth century and primarily with the U.S. Constitution—written in 1787 and made effective in 1789—and the various French constitutions that first appeared in 1791.

The contributions in this volume collectively provide a measure of guidance for the challenges and prospects of modern constitutions in the rapidly changing political world of the twenty-first century.

Part I. The Example of American Constitutionalism

Chapter 1. Is the Influence of the U.S. Constitution Declining?
David S. Law and Mila Versteeg

Chapter 2. Is the U.S. Constitution Sufficiently Democratic? How Would We Know and Do We Really Care?
Sanford Levinson