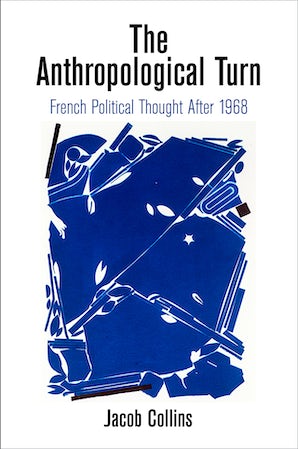 In The Anthropological Turn, Jacob Collins traces the development of what he calls a tradition of "political anthropology" in France over the course of the 1970s. After the social revolution of the 1960s brought new attention to identities and groups that had previously been marginal in French society, the country entered a period of stagnation: the economy slowed, the political system deadlocked, and the ideologies of communism and Catholicism lost their appeal. In this time of political, cultural, and economic indeterminacy, political anthropology, as Collins defines it, offered social theorists grand narratives that could give greater definition to "the social" by anchoring its laws and histories in the deep and sometimes archaic past.

Political anthropologists sought to answer the most basic of questions: what is politics and what constitutes a political community? Collins focuses on four influential, yet typically overlooked, French thinkers—Régis Debray, Emmanuel Todd, Marcel Gauchet, and Alain de Benoist —who, from Left to far Right, represent different political leanings in France. Through a close and comprehensive reading of their work, he explores how key issues of religion, identity, citizenship, and the state have been conceptualized and debated across a wide spectrum of opinion in contemporary France.

Collins argues that the stakes have not changed since the 1970s and rival conceptions of the republic continue to vie for dominance. Political and cultural issues of the moment—the burkini, for example—become magnified and take on the character of an anthropological threat. In this respect, he shows how the anthropological turn, as it figures in the work of Debray, Todd, Gauchet, and Benoist, is a useful lens for viewing the political and social controversies that have shaped French history for the last forty years.

"Jacob Collins identifies a uniquely defined anthropological current in 1970s French thought and shows how reflection on the so-called primitive served theorists' efforts to grapple with contemporaneous uncertainties. Stimulating and insightful, The Anthropological Turn will be of interest to not only French and intellectual historians but also readers interested in political science, anthropology, and European ideas."—Julian Bourg, author of From Revolution to Ethics: May 1968 and Contemporary French Thought