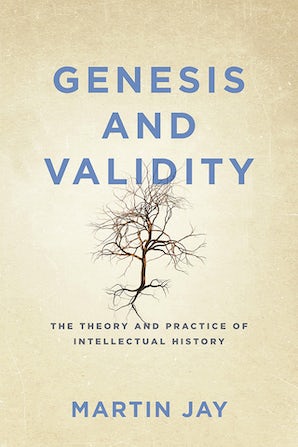 The Theory and Practice of Intellectual History

There is no more contentious and perennial issue in the history of modern Western thought than the vexed relationship between the genesis of an idea and its claim to validity beyond it. Can ideas or values transcend their temporal origins and overcome the sin of their original context, and in so doing earn abiding respect for their intrinsic merit? Or do they inevitably reflect them in ways that undermine their universal aspirations? Are discrete contexts so incommensurable and unique that the smooth passage of ideas from one to the other is impossible? Are we always trapped by the limits of our own cultural standpoints and partial perspectives, or can we somehow escape their constraints and enter into a fruitful dialogue with others?

These persistent questions are at the heart of the discipline known as intellectual history, which deals not only with ideas, but also with the men and women who generate, disseminate, and criticize them. The essays in this collection, by one of the most recognized figures in the field, address them through engagement with leading intellectual historians—Hans Blumenberg, Quentin Skinner, Hayden White, Isaiah Berlin, Frank Ankersmit—as well other giants of modern thought—Max Weber, Emile Durkheim, Georg Simmel, Walter Benjamin, Theodor Adorno, and Georg Lukács. They touch on a wide variety of related topics, ranging from the heroism of modern life to the ability of photographs to lie. In addition, they explore the fraught connections between philosophy and theory, the truth of history and the truthfulness of historians, and the weaponization of free speech for other purposes.

Chapter 1. Impudent Claims and Loathsome Questions: Intellectual History as Judgment of
the Past
Chapter 2. Historical Explanation and the Event: Reflections on the Limits of Contextualization
Chapter 3. Intention and Irony: The Missed Encounter Between Hayden White and Quentin Skinner
Chapter 4. Walter Benjamin and Isaiah Berlin: Modes of Jewish Intellectual Life in the Twentieth Century
Chapter 5. Against Rigor: Hans Blumenberg on Freud and Arendt
Chapter 6. "Hey! What's the Big Idea?": Ruminations on the Question of Scale in Intellectual History
Chapter 7. Fidelity to the Event? Lukács's History and Class Consciousness and the Russian Revolution
Chapter 8. Can Photographs Lie? Reflections on a Perennial Anxiety
Chapter 9. Sublime Historical Experience, Real Presence, and Photography
Chapter 10. The Heroism of Modern Life and the Sociology of Modernization: Durkheim, Weber, and Simmel
Chapter 11. Historical Truth and the Truthfulness of Historians
Chapter 12. Theory and Philosophy: Antonyms in Our Semantic Field?
Chapter 13. The Weaponization of Free Speech