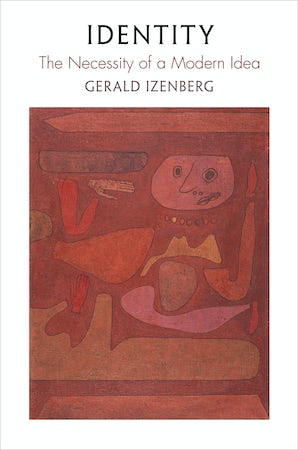 The Necessity of a Modern Idea

Identity: The Necessity of a Modern Idea is the first comprehensive history of identity as the answer to the question, "who, or what, am I?" It covers the century from the end of World War I, when identity in this sense first became an issue for writers and philosophers, to 2010, when European political leaders declared multiculturalism a failure just as Canada, which pioneered it, was hailing its success. Along the way the book examines Erik Erikson's concepts of psychological identity and identity crisis, which made the word famous; the turn to collective identity and the rise of identity politics in Europe and America; varieties and theories of group identity; debates over accommodating collective identities within liberal democracy; the relationship between individual and group identity; the postmodern critique of identity as a concept; and the ways it nonetheless transformed the social sciences and altered our ideas of ethics.

At the same time the book is an argument for the validity and indispensability of identity, properly understood. Identity was not a concept before the twentieth century because it was taken for granted. The slaughter of World War I undermined the honored identities of prewar Europe and, as a result, the idea of identity as something objective and stable was thrown into question at the same time that people began to sense that it was psychologically and socially necessary. We can't be at home in our bodies, act effectively in the world, or interact comfortably with others without a stable sense of who we are. Gerald Izenberg argues that, while it is a mistake to believe that our identities are givens that we passively discover about ourselves, decreed by God, destiny, or nature, our most important identities have an objective foundation in our existential situation as bodies, social beings, and creatures who aspire to meaning and transcendence, as well as in the legitimacy of our historical particularity.

"A remarkable work: intellectually challenging and engaging, wide-ranging and deeply thought-through, marked by incisive analysis and luminous insights. This distinguished and important book should be of interest to people in a wide variety of fields-intellectual history (European and American), cultural studies, sociology, psychology, and philosophy."—Jerrold Seigel, author of The Idea of the Self: Thought and Experience in Europe Since the Seventeenth Century

"There are not many people alive today who could produce a book like this one, which calls on a vast range of learning that can only be acquired over a lifetime of reading and scholarly reflection. It is sweeping in its scope and steeped in erudition. Gerald Izenberg is a masterful explicator of difficult authors and texts."—Darrin McMahon, author of Divine Fury: A History of Genius