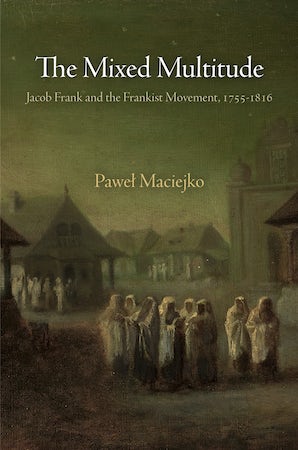 In 1756, Jacob Frank, an Ottoman Jew who had returned to the Poland of his birth, was discovered leading a group of fellow travelers in a suspect religious service. At the request of the local rabbis, Polish authorities arrested the participants. Jewish authorities contacted the bishop in whose diocese the service had taken place and argued that since the rites of Frank's followers involved the practice of magic and immoral conduct, both Jews and Christians should condemn them and burn them at the stake. The scheme backfired, as the Frankists took the opportunity to ally themselves with the Church, presenting themselves as Contra-Talmudists who believed in a triune God. As a Turkish subject, Frank was released and temporarily expelled to the Ottoman territories, but the others were found guilty of breaking numerous halakhic prohibitions and were subject to a Jewish ban of excommunication. While they professed their adherence to everything that was commanded by God in the Old Testament, they asserted as well that the Rabbis of old had introduced innumerable lies and misconstructions in their interpretations of that holy book.

Who were Jacob Frank and his followers? To most Christians, they seemed to be members of a Jewish sect; to Jewish reformers, they formed a group making a valiant if misguided attempt to bring an end to the power of the rabbis; and to more traditional Jews, they were heretics to be suppressed by the rabbinate. What is undeniable is that by the late eighteenth century, the Frankists numbered in the tens of thousands and had a significant political and ideological influence on non-Jewish communities throughout eastern and central Europe.

Based on extensive archival research in Poland, the Czech Republic, Israel, Germany, the United States, and the Vatican, The Mixed Multitude is the first comprehensive study of Frank and Frankism in more than a century and offers an important new perspective on Jewish-Christian relations in the Age of Enlightenment.

Chapter 1. In the Shadow of the Herem
Chapter 2. The Peril of Heresy, the Birth of a New Faith
Chapter 3. Where Does Frankism Fit In?
Chapter 4. The Politics of the Blood Libel
Chapter 5. How Rabbis and Priests Created the Frankist Movement
Chapter 6. Ghosts of the Past, Heralds of the Future
Chapter 7. The Fall of Edom
Chapter 8. The Vagaries of the Charlatans
Chapter 9. The Ever-Changing Masquerade

"With this multifaceted study of Frank and Frankism, Paweł Maciejko has made a major contribution to our understanding of the intricacies and varieties of Judaism in eastern Europe in the eighteenth century. He brings tremendous erudition and insight to the religious history of early modern Poland."—Times Literary Supplement

"Magnificent. . . . [Maciejko] has seemingly mined every available text on Frank and the Frankists; unlike earlier scholars, such as Gershom Scholem, he commands the Polish sources as well. He tells the story in riveting style."—Jewish Review of Books

"A major scholarly achievement . . . this is the single best study written to date of Frank and Frankism in all their complexity and will be required reading for any student or scholar of early modern Jewish history and Christian-Jewish relations, kabbalah, and Jewish messianism."—AJS Review

"Maciejko's scholarship is stunning in its comprehensiveness and the combination of careful analysis of detail with breadth of historical vision. This book fills a longstanding lacuna in European and Jewish historiography. It is innovative both in the sense that many new sources are consulted and in its conceptually innovative revision of the historical significance of Frank and his movement."—Gershon David Hundert, McGill University