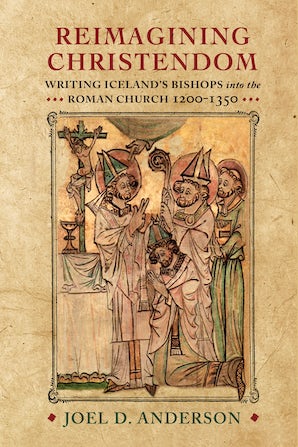 With its expanding legal system and its burgeoning throngs of lawyers, legates, and documents, the papacy of the thirteenth and fourteenth centuries has often been credited with spearheading a governmental revolution that molded the high medieval church into an increasingly disciplined, uniform, and machine-like institution. Reimagining Christendom offers a fresh appraisal of these developments from a surprising and distinctive vantage point. Tracing the web of textual ties that connected the northern fringes of Europe to the Roman see, Joel D. Anderson explores the ways in which Norse writers recruited, refashioned, and repurposed the legal principles and official documents of the Roman church for their own ends.

Drawing on little-known vernacular sagas, Reimagining Christendom is populated with tales of married bishops, fictitious and forged papal bulls, and imagined canon law proceedings. These narratives, Anderson argues, demonstrate how Norse writers adapted and reconfigured the institutional power of the church in order to legitimize some of the thoroughly abnormal practices of their native bishops. In the process, Icelandic clerics constructed their own visions of ecclesiastical order—visions that underscore the thoroughly malleable character of the Roman church’s text-based government and that articulate diverse ways of belonging to the far-flung imagined community of high medieval Christendom.

Joel D. Anderson is Assistant Professor of History at the University of Maine.

"A first-rate piece of scholarship, this outstanding and engaging book explores how Norse sources represent the relationship between the Norse clerical elite and the papal Christian church at large."—Jonas Wellendorf, University of California, Berkeley

"Reimagining Christendom makes an important contribution to the history of medieval Iceland and its relationship to the papal monarchy. But it does much more than that. It prompts us to reimagine Christendom as a dynamic public realm of exchange, debate, and self-fashioning rather than a top-down papal project."—Brett Whalen, University of North Carolina, Chapel Hill