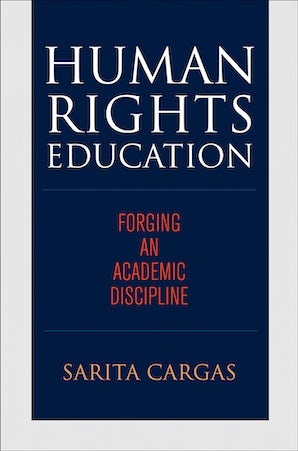 In tracing the origins of the modern human-rights movement, historians typically point to two periods: the 1940s, in which decade the Universal Declaration of Human Rights (UDHR) was ratified by the United Nations General Assembly; and the 1970s, during which numerous human rights nongovernmental organizations (NGOs), most notably Amnesty International and Médecins Sans Frontières, came into existence. It was also in the 1970s, Sarita Cargas observes, when the first classes in international human rights began to be taught in law schools and university political science departments in the United States.

Cargas argues that the time has come for human rights to be acknowledged as an academic discipline. She notes that human rights has proven to be a relevant field to scholars and students in political science and international relations and law for over half a century. It has become of interest to anthropology, history, sociology, and religious studies, as well as a requirement even in social work and education programs. However, despite its interdisciplinary nature, Cargas demonstrates that human rights meets the criteria that define an academic discipline in that it possesses a canon of literature, a shared set of concerns, a community of scholars, and a methodology.

In an analysis of human rights curricula in Australia, Canada, the United Kingdom, and the United States, Cargas identifies an informal consensus on the epistemological foundations of human rights, including familiarity with human rights law; knowledge of major actors including the United Nations, governments, NGOS, and multinational corporations; and, most crucially, awareness and advocacy of the rights and freedoms detailed in the articles of the UDHR. The second half of the book offers practical recommendations for creating a human rights major or designing courses at the university level in the United States.

"Saritas Cargas makes a convincing case for an academic discipline in human rights that can and should be adapted to local contexts, contemporary issues, and the needs of faculty and students. Her call for the adoption of critical pedagogy has the potential to impact significantly how human rights is taught in the United States."—William Paul Simmons, University of Arizona