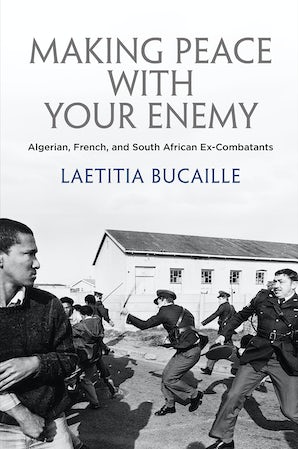 Making Peace with Your Enemy

Reconciliation between political antagonists who went to war against each other is not a natural process. Hostility toward an enemy only slowly abates and the political resolution of a conflict is not necessarily followed by the immediate pacification of society and reconciliation among individuals. Under what conditions can a combatant be brought to understand the motivations of his enemies, consider them as equals, and develop a new relationship, going so far as to even forgive them? By comparing the experiences of veterans of the South African and Franco-Algerian conflicts, Laetitia Bucaille seeks to answer this question. She begins by putting the postconflict and postcolonial order that characterizes South Africa, France, and Algeria into perspective, examining how each country provided symbolic and material rewards to the veterans and how past conflict continues to shape the present. Exploring the narratives of ex-combatants, Bucaille also fosters an understanding of their intimate experiences as well as their emotions of pride, loss, and guilt.

In its comparative analysis of South Africa and Algeria, Making Peace with Your Enemy reveals a paradox. In Algeria, the rhetoric of the regime is characterized by resentment toward colonizing France but relations between individuals Reconciliationare warm. However, in South Africa, democratization was based on official reconciliation but distance and wariness between whites and blacks prevail. Despite these differences, Bucaille argues, South African, Algerian, and French ex-adversaries face a similar challenge: how to extricate oneself from colonial domination and the violence of war in order to build relationships based on trust.

PART I. THE AFTERMATH OF CONFLICT: (RE)FORGING THE POLITICAL ORDER
Chapter 1. South Africa: Sparing the Losers
Chapter 2. Algeria: The Victory over Colonialism
Chapter 3. France and the Algerian War: Forgetting or Endless Confrontation?

"Making Peace with Your Enemy is a breakthrough book. Laetitia Bucaille focuses on how former combatants experienced the cessation of hostilities and the ways in which they represent their past. She builds incisively on the narratives-and silences-of torturers and tortured, hunters and hunted, and the intertwined official and personal remembering and forgetting on all sides in France, Algeria, and South Africa. Fresh and compelling, this book is a must-read."—Dale F. Eickelman, Dartmouth College

"This important comparative study reveals new sightlines to students of all societies where histories of empire and ongoing questions of racism and racialized difference still matter. Ethan Rundell's skillful translation captures Laetitia Bucaille's incisive interweaving of, on the one hand, compelling oral testimony from veterans of two bitter, bloody, as well as 'untraditional' wars and, on the other, a deep engagement with historical and sociological scholarship. The results are at once accessible and enlightening."—Todd Shepard, Johns Hopkins University