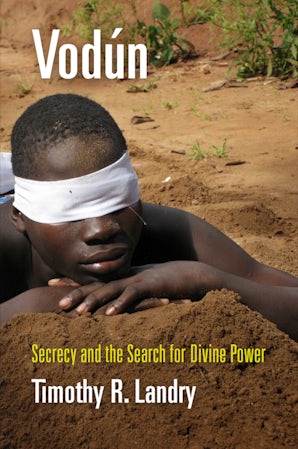 Secrecy and the Search for Divine Power

Tourists to Ouidah, a city on the coast of the Republic of Bénin, in West Africa, typically visit a few well-known sites of significance to the Vodún religion—the Python Temple, where Dangbé, the python spirit, is worshipped, and King Kpasse's sacred forest, which is the seat of the Vodún deity known as Lokò. However, other, less familiar places, such as the palace of the so-called supreme chief of Vodún in Bénin, are also rising in popularity as tourists become increasingly adventurous and as more Vodún priests and temples make themselves available to foreigners in the hopes of earning extra money.

Timothy R. Landry examines the connections between local Vodún priests and spiritual seekers who travel to Bénin—some for the snapshot, others for full-fledged initiation into the religion. He argues that the ways in which the Vodún priests and tourists negotiate the transfer of confidential, sacred knowledge create its value. The more secrecy that surrounds Vodún ritual practice and material culture, the more authentic, coveted, and, consequently, expensive that knowledge becomes. Landry writes as anthropologist and initiate, having participated in hundreds of Vodún ceremonies, rituals, and festivals.

Examining the role of money, the incarnation of deities, the limits of adaptation for the transnational community, and the belief in spirits, sorcery, and witchcraft, Vodún ponders the ethical implications of producing and consuming culture by local and international agents. Highlighting the ways in which racialization, power, and the legacy of colonialism affect the procurement and transmission of secret knowledge in West Africa and beyond, Landry demonstrates how, paradoxically, secrecy is critically important to Vodún's global expansion.

A Note on Orthography and Style