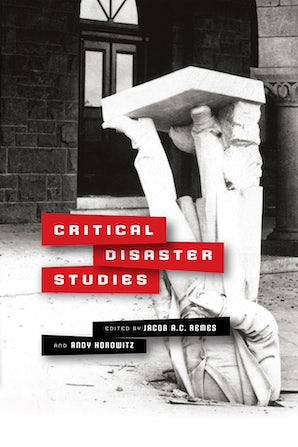 As social constructs, disaster, vulnerability, resilience, and risk shape and are shaped by contests over power. Managers and technocrats often herald the goals of disaster response and recovery as objective, quantifiable, or self-evident. In reality, the goals are subjective, and usually contested. Critical disaster studies attends to the ways powerful people often use claims of technocratic expertise to maintain power.
Moreover, rather than existing as isolated events, disasters take place over time. People commonly imagine disasters to be unexpected and sudden, making structural conditions appear contingent, widespread conditions appear local, and chronic conditions appear acute. By placing disasters in broader contexts, critical disaster studies peels away that veneer.

With chapters by scholars of five continents and seven disciplines, Critical Disaster Studies asks how disasters come to be known as disasters, how disasters are used as tools of governance and politics, and how people imagine and anticipate disasters. The volume will be of interest to scholars of disaster in any discipline and especially to those teaching the growing number of courses on disaster studies.

"When speaking of disaster henceforth, we cannot escape the ensuing political questions this volume interrogates."—Los Angeles Review of Books

"In a world marked by calamity, this timely volume widens the lens of our understanding by emphasizing the importance of deeply contextualized approaches to the study of disaster. The end result is a vibrant reimagination of the field and a captivating introduction to critical disaster studies."—Lori Peek, University of Colorado Boulder