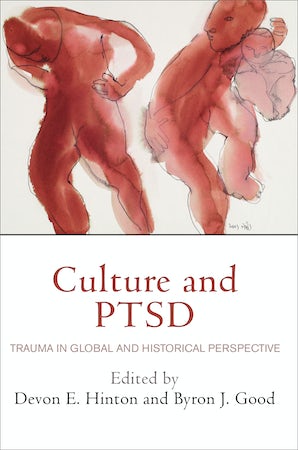 Trauma in Global and Historical Perspective

Since the 1970s, understanding of the effects of trauma, including flashbacks and withdrawal, has become widespread in the United States. As a result Americans can now claim that the phrase posttraumatic stress disorder (PTSD) is familiar even if the American Psychiatric Association's criteria for diagnosis are not. As embedded as these ideas now are in the American mindset, however, they are more widely applicable, this volume attempts to show, than is generally recognized. The essays in Culture and PTSD trace how trauma and its effects vary across historical and cultural contexts.

Culture and PTSD examines the applicability of PTSD to other cultural contexts and details local responses to trauma and the extent they vary from PTSD as defined in the American Psychiatric Association's Diagnostic and Statistical Manual. Investigating responses in Peru, Indonesia, Haiti, and Native American communities as well as among combat veterans, domestic abuse victims, and adolescents, contributors attempt to address whether PTSD symptoms are present and, if so, whether they are a salient part of local responses to trauma. Moreover, the authors explore other important aspects of the local presentation and experience of trauma-related disorder, whether the Western concept of PTSD is known to lay members of society, and how the introduction of PTSD shapes local understandings and the course of trauma-related disorders.

By attempting to determine whether treatments developed for those suffering PTSD in American and European contexts are effective in global settings of violence or disaster, Culture and PTSD questions the efficacy of international responses that focus on trauma.

"This book should be compulsory reading for all civilian and military mission advisors and mentors."—Journal of Global South Studies

"Stress and trauma have become part of globalized languages of suffering and healing and the construct of PTSD is at the center of this discourse. The editors have brought together a stellar group of contributors who present historical and ethnographic studies that unpack some of the complexity of trauma response and PTSD to show the interplay of social contexts, cultural practices, and psychological processes. Culture and PTSD marks important advances in cultural psychiatry and will be richly rewarding for both researchers and mental health practitioners."—Laurence J. Kirmayer, McGill University

"Culture and PTSD is a wonderful, rich, exciting book that raises and sometimes answers critical questions at the juncture of anthropology and the interdisciplinary study of PTSD. It is a valuable volume that makes a significant contribution to the field."—Erin Finley, The University of Texas Health Science Center, San Antonio