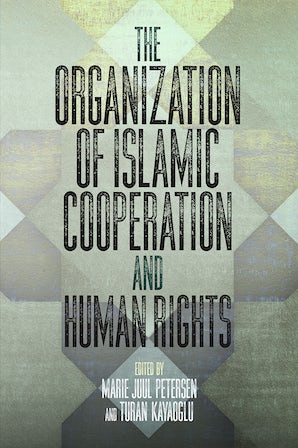 The Organization of Islamic Cooperation and Human Rights

Established in 1969, the Organization of Islamic Cooperation (OIC) is an intergovernmental organization the purpose of which is the strengthening of solidarity among Muslims. Headquartered in Jeddah, the OIC today consists of fifty seven states from the Middle East, Asia, Africa, and Latin America. The OIC's longevity and geographic reach, combined with its self-proclaimed role as the United Nations of the Muslim world, raise certain expectations as to its role in global human rights politics. However, to date, these hopes have been unfulfilled. The Organization of Islamic Cooperation and Human Rights sets out to demonstrate the potential and shortcomings of the OIC and the obstacles on the paths it has navigated.

Historically, the OIC has had a complicated relationship with the international human rights regime. Palestinian self-determination was an important catalyst for the founding of the OIC, but the OIC did not develop a comprehensive human rights approach in its first decades. In fact, human rights issues were rarely, if at all, mentioned at the organization's summits or annual conferences of foreign ministers. Instead, the OIC tended to focus on protecting Islamic holy sites and strengthening economic cooperation among member states. As other international and regional organizations expanded the international human rights system in the 1990s, the OIC began to pay greater attention to human rights, although not always in a manner that aligned with Western conceptions.

This volume provides essential empirical and theoretical insights into OIC practices, contemporary challenges to human rights, intergovernmental organizations, and global Islam. Essays by some of the world's leading scholars examine the OIC's human rights activities at different levels—in the UN, the organization's own institutions, and at the member-state level—and assess different aspects of the OIC's approach, identifying priority areas of involvement and underlying conceptions of human rights.

"A well designed and executed volume,The Organization of Islamic Cooperation and Human Rights offers a balanced and wide-ranging overview of both important rights issues-such as freedom of expression and the rights of the child-and the varied domains of the OIC's activities, from its participation in the United Nations to its role in resolving conflicts and facilitating foreign aid."—Jack Donnelly, University of Denver

"The Organization for Islamic Cooperation (OIC), whose member states encompass a quarter of the world's population, is an increasingly important albeit problematic actor in the human rights arena. This volume is a treasure trove of information and reflection on the OIC's human rights practices and policies and an indispensable guide for anyone interested in the international politics of human rights, the role of international human rights institutions, and the relation of Islam to human rights."—Jamie Mayerfeld, University of Washington

"This volume offers a comprehensive accounting of the OIC as a player in the global rights regime. The editors have assembled an impressive roster of well-known and respected contributors who have done thoughtful and careful research on the major topics involving the intersection of human rights and the OIC."—Haider Ala Hamoudi, University of Pittsburgh School of Law

"Exploring the origins and theoretical foundations, as well as the structure and characteristics, of the OIC, this ambitious volume is a timely resource for those who want to acquire a deeper understanding of Muslim politics and human rights."—Emmanuel Karagiannis, King's College, London