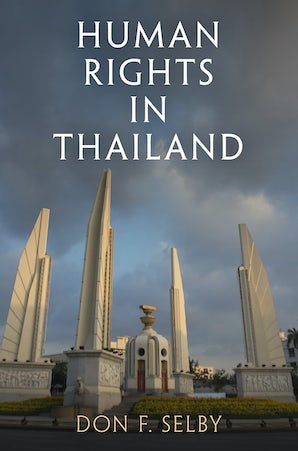 When the Thai state violently suppressed a massive prodemocracy protest in "Black May," 1992, it initiated an unprecedented period in Thailand. The military, shamed and chagrined, withdrew from political life, and the democracy movement had more latitude than ever before in Thailand's history, gaining an institutional presence previously unseen. This extraordinary moment created a unique opportunity for the human rights movement to emerge, for the first time, on a national scale in Thailand.

Don F. Selby examines this era of Thai political history to determine how and why the time was ripe for such developments. By placing greater emphasis on human rights as an anthropological concern, he focuses on the understandings that social actors draw from human rights struggles. He concludes that what gave emergent human rights in Thailand their shape, force, and trajectories are the ways that advocates engaged, contested, or reworked debates around Buddhism in its relationship to rule and social structure; political struggle in relation to a narrative of Thai democracy that disavowed egalitarian movements; and traditional standards of social stratification and face-saving practices. In this way, human rights ideals in Thailand emerge less from global-local translation and more as a matter of negotiation within everyday forms of sociality, morality, and politics.